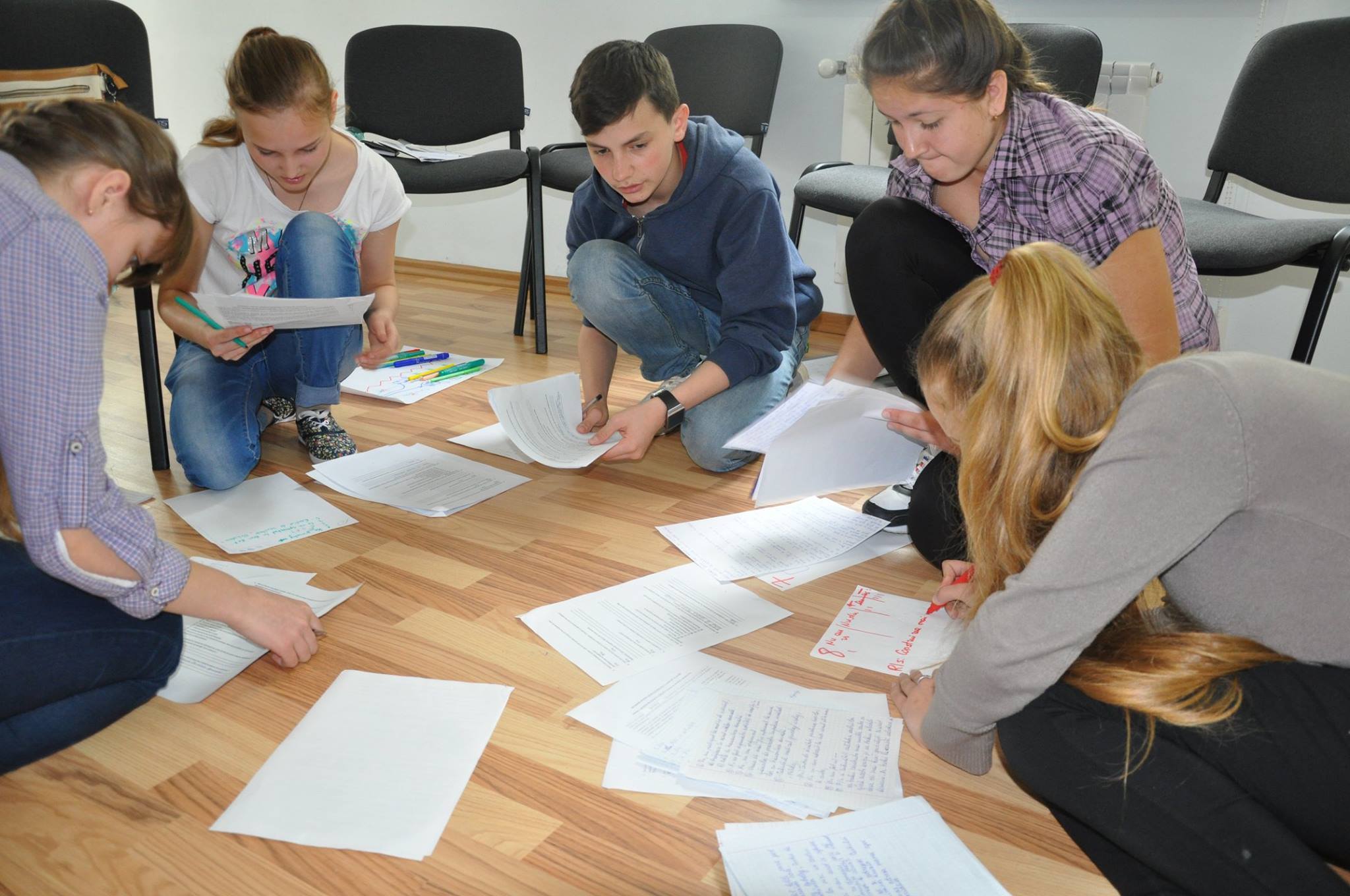 The delegation was composed of 5 children; all of them members of the Children's Reflection Group, which has worked on the report for arround two years and a half, being supported by Child's Rights Information Centre (CRIC).

Submission of own report and children's meeting with the Committee takes place in the context of regular reporting process. With the ratification of the Convention on the Rights of the Child the government of our country has assumed the obligation to report to the Committee every five years on the progress made to implement the UN CRC provisions. In addition to the report of the government, the Committee will examine the children's report as part of the civil society report.

The Reflection Group consists of 49 children from 21 regions of the country, including the Autonomous Territorial Unit of Gagauzia and the districts located on the left bank of the Nistru River. They are between 12 and 18 years of age. Members of Reflection Group represent different children working groups and pupils councils at the local, regional and national levels, including children with special needs, children of Roma origin, beneficiaries of residential care services, members of National Pupils Councils from both, general and vocational schools, participants in the National Tournament on Children/Human Rights, members of the Youth Peer Education Network (Y-peer).

Most of these children groups started monitoring children's rights at the local level in 2011-2012, while other groups joined the process along the way. In 2014, members of the Reflection Group were selected on the basis of a methodology developed and implemented by CRIC, in accordance with international standards on child participation. The Group's main goal is to examine the findings of the local groups' reports, to compile them and to collect new data on insufficiently explored topics.

After the first meeting, members of the Reflection Group conducted a survey in their localities, asking their peers' opinion about the most serious problems of children. They managed to interview 547 children of different ages: from pre-schoolers to teenagers.

Taking into account the identified problems, the Reflection Group has selected the priority problems and made connection with the correspondent rights. The participants examined the provisions of the Convention in relation to each selected right, the state's obligations and the Concluding Observations and Recommendations of the Committee on the Rights of the Child (2010). Finally, the Reflection Group has determined which children's rights will be reflected in the report:

The whole working process is systematically documented to produce a series of short films about the working stages. Finally, RG members plan to make a film presenting the report itself. The films, made with the help of youth workers from the Youth Media Center, will help children present their report to national and local authorities, school administration, teachers, representatives civil society, children, etc. As well, it will be used as teaching material for groups and institutions concerned with child rights monitoring.

In order to collect the opinions of a greater number of peers, and to disseminate accessible information on children's rights to all children, the Reflection Group members initiated an online platform - Platforma Copiilor.

The concept of the platform has also been elaborated by RG. The main idea for the platform is to be a space where every child would feel safe to speak about rights being respected or violated. It currently contains all resources produced by RG and it is interactive. For example, RG report on the implementation of children's rights is accompanied by short questionnaires on the topics included in the report for children all around Moldova to share their experiences.

It is through this mechanism that the Reflection Group members intend to disseminate their report, along with the Commitee's Concluding Observations. Thus, another child's rights monitoring cycle will begin enabling even more children to get involved and make their voice heard within the next children's report to the Commitee.

Email  This email address is being protected from spambots. You need JavaScript enabled to view it.